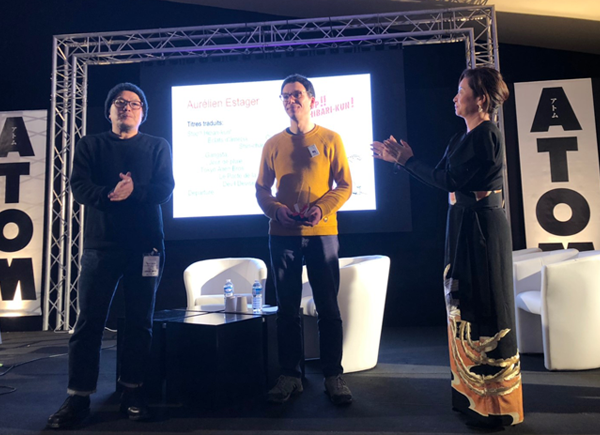 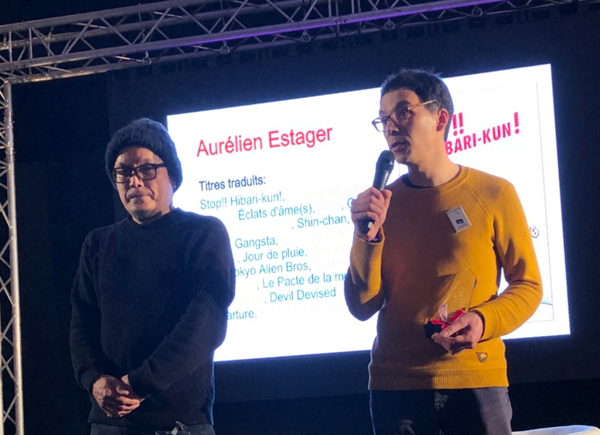 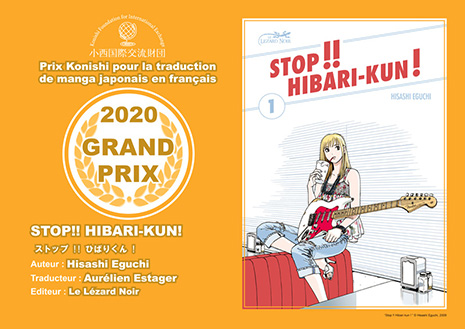 < Translator’s Comments >As is the case with other genres, comics often require that one keeps up with the comedic tempo. To make the reader laugh, the dialogue must be as fluid as possible. The best gags are the ones that tickle the cheekbones without passing through the brain.
As a translator, you need to refine your phrasing, choose short and commonplace words, and reduce the number of prepositions and commas, but at the same time maintain a natural and lively tone. Some gags inspired by Japanese popular culture, such as “Stop!! Hibari-kun!” are unknown to French readers. I decided to translate what these gags reference, even if it resulted in a lame joke. In fact, rather than adding footnotes that readers will soon tire of, I would be glad if 1% of readers laughed at the joke, even if the other 99% are disappointed.
A translator must be patient when adapting jokes, especially when they involve wordplay with illustrations. Much of this process depends on luck. For this reason, I create a word list for each theme so that I can find words with similar sounds, and while praying that I’m able to gather accurate information, collect as wide a range of words as possible. When that doesn’t work, I insert my own play on words while trying to keep as close to the original designation as possible.
Ultimately, this work relies on the slang of the era to complement the charm of the artwork. In this way, I hope that Eguchi-sensei’s affection for the mischievous and universally-adored heroine, Hibari, touches the reader as well.

< Synposis >Sakamoto Kosaku’s mother has passed away and he is now alone in the world. In accordance with his mother’s will, he moves in with his mother’s old friend, Ozora Ibari. But, when Kosaku tries to begin his new life, he discovers that the Ozora family is actually a gang of yakuza, and that Ibari is the gang boss! Kosaku plans to get out of there as soon as he can, but he changes his mind after meeting the beautiful Ozora daughters: Tsubame, Tsugumi, Suzume, and the youngest and prettiest daughter, Hibari. Kosaku falls in love with Hibari at first sight. However, he’s surprised yet again when he discovers a certain fact about Hibari: that she is actually a boy! 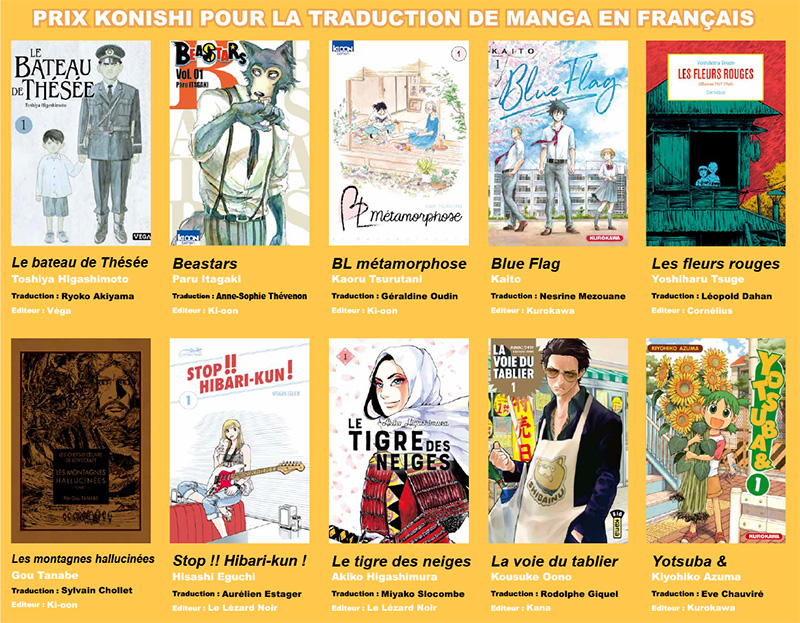